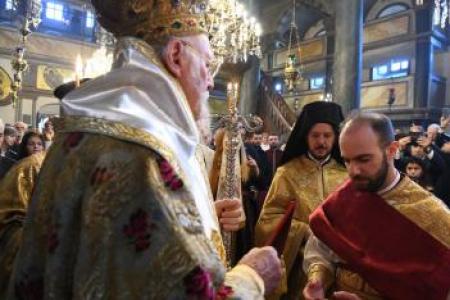 Saint Vladimir’s Seminary (SVOTS) Alumnus Hierodeacon Aetios (formerly Dimitrios Nikiforos) was ordained to the holy priesthood Sunday, November 3, in Istanbul, Turkey, and was made grand ecclesiarch of the Ecumenical Patriarchate. The Very Rev. Grand Ecclesiarch Aetios was ordained by the hand of His All-Holiness Ecumenical Patriarch Bartholomew at the Venerable Patriarchal Church of St. George.