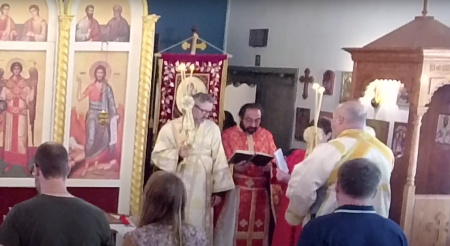 On September 12, 2021, St Vladimir's Seminary Alumnus Fr. Christopher Eid was elevated to the dignity of archpriest. The elevation took place by the hand of His Grace, Bishop Thomas at Holy Ascension Antiochian Orthodox Church, West Chester, PA, where Fr. Christopher serves as priest.

In his remarks after concluding the elevation, Bishop Thomas noted that this dignity is granted not based upon tenure (having served in the capacity of the priesthood for ten years) but rather due to a priest’s ability to lead and be a priest other priests can look up to. 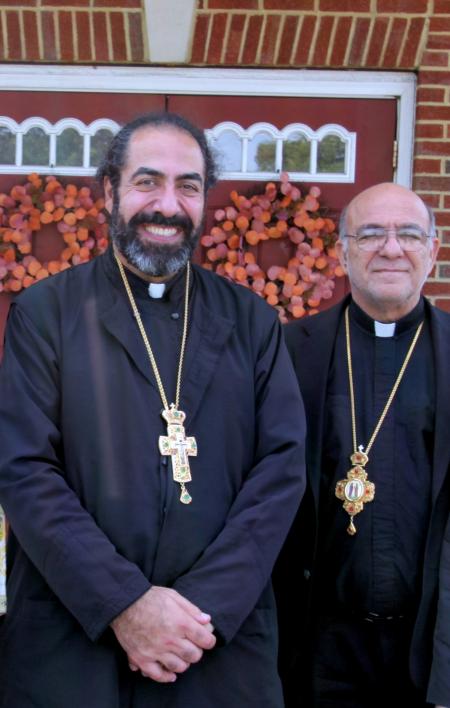 A native of Syria, Fr. Christopher was raised in an Orthodox home among the clergy members of his family. He attended and served at the Bosra Horan Archdiocesan Chancery Church of St. George in Syria before moving to the United States. While working full-time after arriving in America, Fr. Christopher also attended the City University of New York (CUNY) Graduate Center, obtaining a bachelor of science degree in international criminal investigation.

After completing this professional training, he established a career in executive protection security and investigation. However, his love for the Church compelled Fr. Christopher to leave his job. With the blessing of His Eminence, Metropolitan Philip of thrice blessed memory, he enrolled at St. Vladimir's seminary and completed his Masters of Divinity degree in May of 2010.

Remembering his time at St. Vladimir’s, Fr. Christopher noted that “because of my years of education at St. Vladimir’s, I have been equipped to quench the spiritual thirst of those seeking Christ. Continuing on the same path that the Master of Divinity program encouraged us to follow, I am committed to working with all Orthodox Christian organizations in order to serve the future of Orthodoxy, whether they be children born into the faith or and those who will be coming home through mission and outreach work.”

Father Christopher married Khouria Katarina (née Jegdic) in October of 2010, and in 2011 he was ordained to the holy diaconate and holy priesthood.

While serving as a full-time priest, Fr. Christopher began attending the Eastern Christian Focus Doctor of Ministry Program at Pittsburgh Theological Seminary. He is expected to graduate with his doctoral degree in May 2022.

May God grant The Very Rev. Christopher Eid and his family many years!

Sections of this article have been adapted and reprinted from HolyAscension.net.