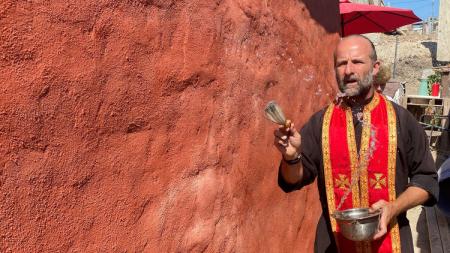 Since 1988, Project Mexico has been building homes for some of the most impoverished families in Northern Mexico with the help of more than 16,000 volunteers from around the world. The Project also runs St. Innocent Orphanage near Rosarito, Mexico to provide a home for orphaned boys.

“You see such a need in Mexico...the founders saw this need, and we continue to respond to this,” Fr. Nicholas said on a recent interview with Ancient Faith Radio. “With thousands of people trying to get into the United States, what it creates is a lot of vulnerable young people—a lot of vulnerable young people—and so there's a bigger need than ever for an Orthodox Orphanage, and thank God we're able to have a presence…”

He added that Project Mexico plans to grow its operations in the coming years. One goal is to expand its orphanage capacity from its current number of twenty boys (from age five to college age) to thirty-five, and to start taking in orphaned infants soon. Father Nicholas also hopes Project Mexico can build thirty-five homes in 2022 (up from its average of 20–25 homes built per summer). 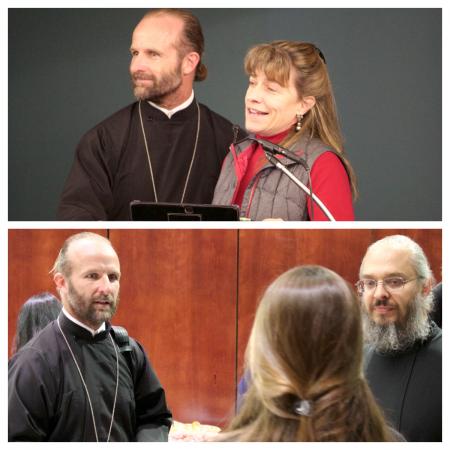 Father Nicholas Andruchow was raised in Worcester, MA, as a member of the Orthodox Church in America. Before undertaking missionary work, Fr. Nicholas received a bachelor’s degree in restaurant management and later spent two years in the Dominican Republic as a member of the Peace Corps. As a single man, he then worked with Project Mexico for three years, establishing a pig farm and teaching entrepreneurial skills to the orphanage boys. Following graduation from St. Vladimir's Seminary in 2002, Fr. Nicholas and Pres. Merilynn spent nine years leading the Holy Cross Greek Orthodox Mission Church in Flagstaff, AZ. Project Mexico reached out to Fr. Nicholas in 2011 to bring him back as a priest and associate director, and the Andruchows relocated to Mexico, where they have been working with Project Mexico ever since.

Father Nicholas and Pres. Merilynn are parents of three boys.

May God continue to strengthen their incredible ministry, and may He grant them many years!

Learn more about Project Mexico and ways you can help at their website, projectmexico.org.