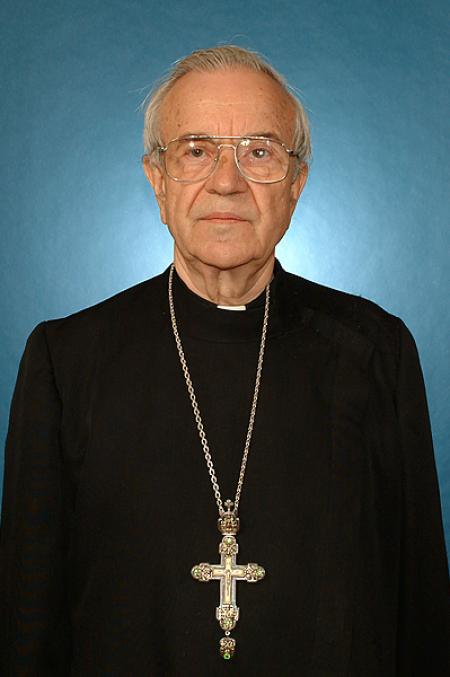 With faith in Christ and hope in the resurrection, we share news of the falling asleep of Archpriest Alexander Padlo, an alumnus of St. Vladimir's Seminary. Father Alexander reposed in the Lord on Tuesday, August 2, 2022.

The Very Rev. Alexander Padlo was born in 1935. He went on to study at St. Vladimir's Seminary and graduated in 1970. At the Seminary he also served as ecclesiarch under Protopresbyter Alexander Schmemann.

In his pastoral ministry, Fr. Alexander Padlo most recently served at Ss. Peter and Paul Orthodox Church in Miami, FL (Orthodox Church in America), one of the oldest Orthodox parishes in South Florida. He began his ministry there in 2002, having previously served in the Diocese of Western Pennsylvania. He retired as pastor of Ss. Peter and Paul in 2016.

Father Alexander was described by his former parish as a man of prayer and great faith.

May his memory be eternal!