The Arvo Pärt Project: Why? 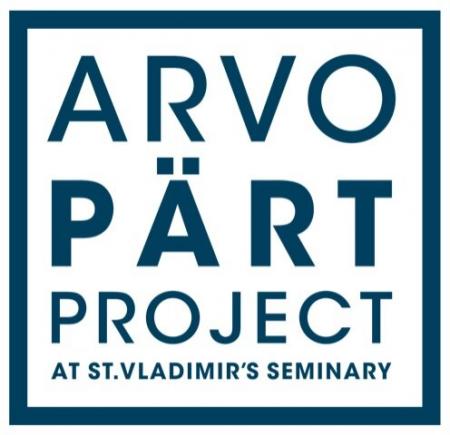 If you know the music of Arvo Pärt, chances are you like it. A lot. In fact, chances are, you connect with it on a very deep level, perhaps a “spiritual” one. But love him or not, the fact is that Arvo Pärt is the most widely performed living composer in the world today. He is a big deal.

He is also an Orthodox Christian, who draws on texts from the Eastern and Western Christian traditions for most of his music.

So it would make sense that St. Vladimir’s Seminary, whose vocation rests in making theology and spirituality something real in people’s lives, would be interested in exploring the connections between the cultural phenomenon of Arvo Pärt and his Orthodox Christian roots. One of the seminary’s latest and most potent tag-lines is “Engaging the world with Orthodox Christianity.” The seminary’s Arvo Pärt Project fits perfectly with that.

I would think so. But we’ve heard some puzzlement about this endeavor. Here are two objections:

“The seminary needs to do more for the parishes, for the Church on the ground, rather than hobnob with the cultural elite. That isn’t going to reach our people.”

“What does this have to do with the seminary’s mission?”

In response to both of these, I’d say that the seminary’s mission impels it to operate on a lot of different levels at once, both internally and externally. We prepare clergy and lay ministry for the Church, in the parishes, on the ground. We train scholars. We train church musicians. We form our students into the life in Christ. As for the wider constituency, the seminary maintains a schedule of events that seeks to reach audiences from many walks of life and of diverse views. We host conferences, we perform choral music. In all of this, we are seeking to bring people into a deeper relationship with Jesus Christ, specifically through the tradition of the Orthodox Christian Church.

The Arvo Pärt project itself operates internally and externally. We have always had a music program that has emphasized beautiful Church singing. Through this project our students and the Church that they serve can see all the more that the Church is more than a cultural artifact, it is more than a typikon, it is more than academic theology. It is the locus of great beauty. It is a place where the best of culture can emanate from, and where it can come back to.

Furthermore, consider the missionary possibilities. Consider an audience of people of different faiths and of no faith, the “spiritual but not religious,” who are already won over by the music of Arvo Pärt. Here is an audience who would not be the slightest bit interested in hearing about Orthodox Christianity on its own, but who will give you its undivided attention if it comes to understanding what makes Arvo Pärt’s music so spiritually potent.

We are planning concerts at places like Carnegie Hall, and lectures in venues such as the Metropolitan Museum of Art, places that don’t generally give Orthodox Christianity a close listening. These venues will be filled with audiences who will hear, sometimes for the first time, about our faith, which is also the faith of their beloved composer.

This project has such immense potential for our school, for “Engaging the world with Orthodox Christianity.” Still have doubts? Write us! But in any case we need your prayers and support to make it happen. And if you haven’t heard any music of Arvo Pärt, now’s the time to give him a listen.

Some links to explore:

Dr. Peter Bouteneff (SVOTS ’90) teaches courses in theology, patristics, and spirituality at the St. Vladimir’s Seminary, where he is Associate Professor in Systematic Theology and Director of Institutional Assessment. After taking a degree in music in 1983 he lived and worked in Japan, and traveled widely in Asia and Greece. Together with Prof. Nicholas Reeves, he is co-directing the Arvo Pärt Project, an exciting collaboration with the great Estonian Orthodox composer.