A Copernican Revolution to Liturgical Theology 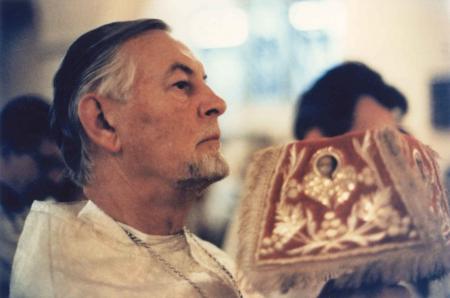 I regret that I never had the opportunity to meet Fr Alexander in person, but it is surely a testament to his scholarship, writing, and penetrating thought that he managed to make such an impact upon me nevertheless. We missed each other by sixty miles and one year. I began my studies at Yale the year before he died, and had I known how important he would become to me, I would surely have made that drive down I-95 to St. Vladimir’s Seminary to say thanks in advance. By outside arithmetic, his life was symmetrically simple: thirty years in Europe (1921–1951) and thirty-two years in America (1951–1983), but the impact of a life is not determined by such exterior markers. No one’s is, because our souls are bigger than our biographies. And in Fr. Alexander’s case, besides the secret record of his spiritual biography (the one kept by God and his wife and family) a public record is available because he was a scholar who left a trail of writings to let latecomers meet him, latecomers like myself then, and perhaps you, the reader, now. This celebration of the centennial of his birth offers you that invitation. 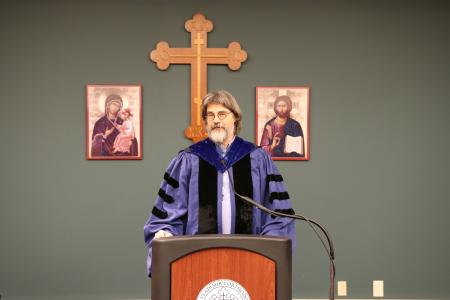 Most of the academic world has marked his trail of writings with signposts saying “liturgical studies,” and “liturgical renewal,” and “liturgical theology.” After all, his first book was titled Introduction to Liturgical Theology. And these were the signposts that led me toward him, since they seemed to name my intended subject of graduate study. I had developed plans to dissect the liturgy using the utensils of systematic theology I had brought with me. But in a directed reading course with Fr. Aidan Kavanagh during my first semester, we read everything by Fr. Alexander we could fit into that semester, and the different approach he took proved to be a Copernican Revolution for me. He did not approach liturgy as something for academic theologians to tinker with. He rather approached liturgy as a source for theology itself—the ontological condition for theology, in his words.

I tell people that the rest of my graduate education was spent trying to get the number of the bus that hit me.

It struck me forcefully when I read, “In the approach which I advocate by every line I ever wrote, the question addressed by liturgical theology to liturgy and to the entire liturgical tradition is not about liturgy but about ‘theology,’ i.e. about the faith of the Church as expressed, communicated and preserved by the liturgy.”[i]

This inserted the “jaws of life” into the concept I had of liturgical theology, and opened a horizon beyond history and liturgics. The man to whom so many turn when they intend to study the evolution of rite, rubric, piety, cult, symbol, and liturgiology instead states, adamantly, that the real question addressed by liturgical theology is not about liturgy but about theology. Could liturgical theology be about something more than academically sponsored ritual naval gazing?

The thesis was confirmed multiple times the further I read. He denied seeing his mission as one of preparing grounds for a reform, or finding the “essence” of the liturgy, or relegating accessories to their place. Then, as if sensing the exasperation of readers who expected nothing more than this, he concludes:

Finally one may ask: but what do you propose, what do you want? To this I will answer without much hope, I confess, of being heard and understood: we need liturgical theology, viewed not as a theology of worship and not as a reduction of theology to liturgy, but as a slow and patient bringing together of that which was for too long a time and because of many factors broken and isolated – liturgy, theology, and piety, their reintegration within one fundamental vision. In this sense liturgical theology is an illegitimate child of a broken family. It exists, or maybe I should say it ought to exist, only because theology ceased to seek in the lex orandi its source and food, because liturgy ceased to be conducive to theology.[ii]

He repeats this several other places. Liturgical theology is reuniting three verities that we have let isolate: liturgy, theology, and piety. We do so by recovering leitourgia as lex orandi.

The goal of liturgical theology, as its very name indicates, is to overcome the fateful divorce between theology, liturgy and piety – a divorce which, as we have already tried to show elsewhere, has had disastrous consequences for theology as well as for liturgy and piety. It deprived liturgy of its proper understanding by the people, who began to see in it beautiful and mysterious ceremonies in which, while attending them, they take no real part. It deprived theology of its living source and made it into an intellectual exercise for intellectuals. It deprived piety of its living content and term of reference.[iii]

First, regarding humanity. Man and woman were created as cosmic priests. “All rational, spiritual and other qualities of man, distinguishing him from other creatures, have their focus and ultimate fulfillment in this capacity to bless God, to know, so to speak, the meaning of the thirst and hunger that constitutes his life. ‘Homo sapiens,’ ‘homo faber’ … Yes, but, first of all, ‘homo adorans.’ The first, the basic definition of man is that he is the priest.”[iv] The failure to act liturgically in our daily lives led me to imagine the fall as a forfeiture of our liturgical career.

Second, regarding cosmology. We did violence to the world and to religion when we abandoned our post as priest. Instead of sacrificer, man became consumer. “The first consumer was Adam himself. He chose not to be priest but to approach the world as consumer: to ‘eat’ of it, to use and to dominate it for himself, to benefit from it but not to offer, not to sacrifice, not to have it for God and in God. And the most tragical fruit of that original sin is that it made religion itself into a ‘consumer good’ meant to satisfy our ‘religious needs,’ to serve as a security blanket or therapy, to supply us with cheap self-righteousness and equally cheap self-centered and self-serving ‘spiritualities.’”[v]

Third, regarding God’s teleological guidance of the Church. This is the true context for understanding leitourgia. It is less a ritual term and much more an eschatological term. “One can say that the uniqueness, the radical novelty of the new Christian leitourgia was here, here, in this ‘entrance’ into the Kingdom which for ‘this world’ is still ‘to come,’ but of which the Church is truly the sacrament: the beginning, the anticipation, and the ‘parousia.’”[vi] A leitourgia is the work of a few on behalf of the many, he says—and this would mean joining the work of the Trinity in preparing the world for fulfillment. As the leitourgia of ancient Israel “was the corporate work of a chosen few to prepare the world for the coming of the Messiah” the leitourgia of the Church itself is “a calling to act in the world after the fashion of Christ, to bear testimony to him and his kingdom.”[vii]

There are many other payoffs to this shift from standing over liturgy as a human product to standing under leitourgia as a work of God. In every liturgical celebration the Kingdom of God is revealed and made known to the Church gathered on the eighth day to eat and drink at Christ’s table. We are immersed in the new aeon of the Spirit. So his idea of “liturgical piety” and living a liturgical life is not infatuated piety for the liturgy. This is much too thin, though it is what many people assume. “It is true that many still do not understand the real nature of the liturgical movement. Everything is still fettered by the categories of ‘school theology.’ It is thought that this is nothing more than a new awakening of an aesthetically religious, psychological enthusiasm for cultus, for its ceremonial and ritual, for its external aspects; a sort of new liturgical pietism.”[viii] No, liturgical piety is the Church-at-liturgy already living eschatologically, and drawing the world into this life, too. Liturgical piety is the mysterion showing up in our lives. The Church’s assigned mission, her leitourgia, is to witness to the transforming effects of the Kingdom of God by being transformed herself.

I am still catching the number of that bus that hit me four decades ago.

David Fagerberg, Ph.D., is professor of theology at the University of Notre Dame and author of Liturgy outside Liturgy: The Liturgical Theology of Fr. Alexander Schmemann (Chora Books, 2018), Consecrating the World: On Mundane Liturgical Theology (Angelico Press, 2016), On Liturgical Asceticism (Catholic University of America Press, 2013), and other books and scholarly articles. Fagerberg integrates Schmemann’s theology, among other sources, into his own study of liturgical theology, which focuses on its definition and methodology. In 2019, Professor Fagerberg delivered the 36th Annual Father Alexander Schmemann Memorial Lecture, titled, "The Anchor of Schmemann’s Liturgical Theology.”

[v] Alexander Schmemann, Of Water and the Spirit, 96