Known by a name 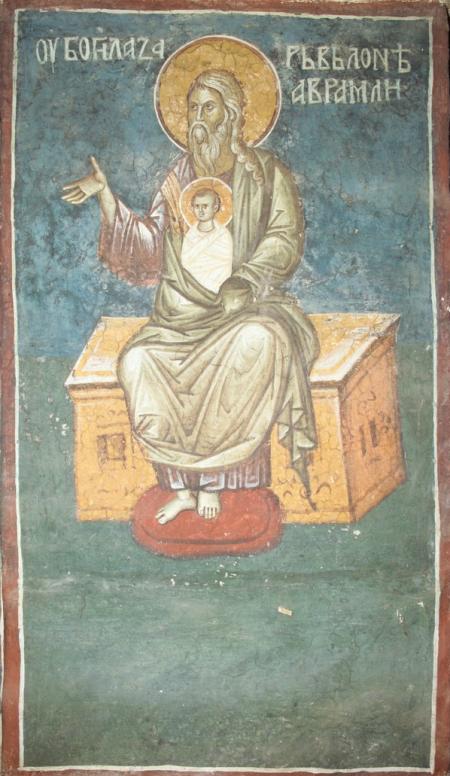 We are so familiar with most of the readings that we hear in Church on Sunday mornings, especially those that recount a memorable parable, that we rarely pay attention to what it might say to us—we think we already know.

So, we heard today the parable of the rich man and Lazarus; and as soon as we hear the first words “There was a rich man”, we think we already know what the parable is going to be about: that the rich are going to have a hard time getting into heaven, while the poor, having had a hard time of it in this life, will get in much more easily.

But if we pay closer attention, we will see that it is not simply about objective riches/poverty, but about attachment.

It is striking that in the parable, the rich man is not named—he is simply known as one who is clothed in purple (a royal color), fine linen and who ate well. He is not named; as it says in the Psalms, about those who do not fear God: “I will not make mention of their names with my lips” (15.4). The rich man is not known by name, but is known rather by his possessions. And they are possessions which he has not used for the benefit of others, in a philanthropy, extending God’s own philanthropy—love of mankind; rather they are used for his own adornment and luxurious living.

And this is the reason he will have a hard time when he passes on from this life: it is not simply that he has had great possessions, but that he is their possession—they own him. He has not used his wealth for the benefit of others, but been too attached to what he has.

On the other hand, the poor man is named—Lazarus. Yet it is not simply his poverty which grants him a place in the kingdom, but that he has endured the situation into which he was born without complaint. He did not spend his life moaning about it, but rather takes an attitude like Job.

For him to have complained about it, would be like the rich man’s attachment to his possessions: as paradoxical as it might seem, the poor man would have become attached to his poverty—and this in turn would have kept his heart back in this world, and caused him great torment.

What the contrast between the rich man and Lazarus sets before us, as with Christ’s others words about material wealth, mamon, and our heart being where our treasure is, what all this presents to us is the challenge to be detached from the things of the world and to place all our hope, trust and love in God.

To live in such detachment, of course, requires faith. After all, it is not the evidence of our eyes that will persuade us that we can in fact give more generously to the poor than we like to think; the evidence of our eyes will always be to the contrary—I will be visibly poorer if I do so. The evidence of our eyes is not enough, and so the parable concludes with Abraham saying that even if someone should return from the dead—providing visible evidence—it would not be enough to persuade; if they do not already believe Moses and the prophets, no visible proof will suffice.

Moses and the prophets, of course, direct us to Christ, as the eternal and unchanging Word of God. And as we heard in the epistle, it is by faith in him that we are made righteous, not by anything that we can do of ourselves. In fact, as Paul said, in our desire to be righteous in him, we will be found to be sinners—that is, we are found to be living without the law, outside of the law. It is no longer a comprehensive system of regulations that we have to fulfill to appease our deity (however much we might tend to view religion in that manner). Rather if the righteousness of God is revealed in his crucified Son, then what is demanded of us is that we be, as Paul said, crucified with him.

And we have learnt from today’s parable a concrete way in which this is lived out is through our detachment from all worldly things; a detachment, not a despising; a detachment which enables us to see all things as the good gifts of God and frees us to use all things for the benefit of others—so that all things are indeed good gifts from God (not merely in word, but in reality), and so that we are not simply known by our possessions, or our achievements, but are known by a name.

And perhaps even more: as Paul concluded, if we are crucified with Christ in this way, then we no longer live, but Christ lives in us. We are called to be Christ’s own presence in this world; let us pray that we have the strength and courage to respond to this upward call of God in Christ, leaving behind all earthly cares to offer a sacrifice of peace and love.

Fr. John Behr (SVOTS ’97) is the former Dean of St Vladimir’s Seminary and Professor of Patristics,