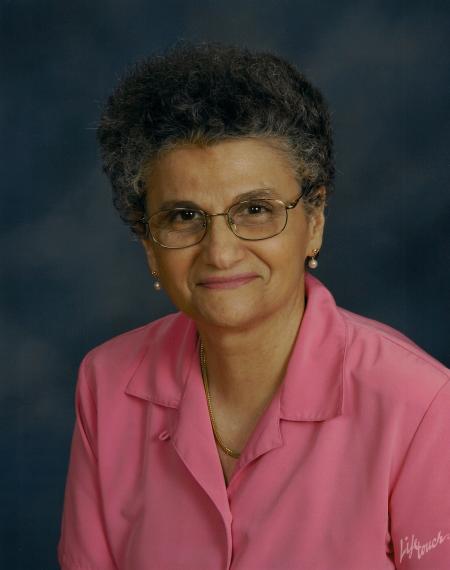 Like many of our committed longtime St. Vladimir’s donors, Dr. Asimoula Julia Alissandratos of Charleston, SC has led an interesting life. A two-time Fulbright scholar and graduate of Swarthmore College and University of Chicago (with a B.A. in Russian and an M.A. in Russian Literature, respectively), Asimoula is a published author on the topic of medieval Slavic and Patristic eulogies and has traveled widely in Eastern Europe.

“If you studied Russian when I did,” Dr. Alissandratos notes, “you had a narrow range of options. So instead of joining the CIA,” she laughs, “I taught at MIT for seven years!”

During the Cold War, scholars of Soviet medieval texts were forbidden to deal with them as “religious literature,” so they welcomed Western scholars who could. Eventually, Asimoula moved from academia at MIT to finance in New York while obtaining an M.B.A. degree from New York University. She worked as a bond analyst and trader, portfolio and risk manager, for over twenty years.

“It was during those New York years that I first became acquainted with St. Vladimir’s Seminary,” Asimoula says. “The Seminary reached out in many ways to the laity. I knew the professors during those years, more than the students—they were world-renowned scholars. Father John Meyendorff even wrote a letter of recommendation for me,” she remembers.

In this, The Year of Schmemann, Asimoula recalls that even during the years of the blackout of information from the West to the USSR, Fr. Alexander Schmemann was known and respected in Russia as “Father Alexander.” (A Voice for Our Time, Vol. 1 features English translations of Fr. Alexander’s Radio Liberty broadcasts into the Soviet Union, and is now available from SVS Press here.)

“Over the years, I enjoyed attending outstanding lectures and retreats at St. Vladimir’s, and of course browsing through the wonderful campus bookstore, where you find SVS Press publications respected by scholars in the United States and throughout the world.

"As a former academic I’ve appreciated the high level of the content St. Vladimir’s produces through seminars, lectures, podcasts, recordings, and books," explains Asimoula. "And as a financial person I have great respect for the fact that they are self-supporting. Yet while the Seminary excels in these things, their greatest ‘product,’ to put it that way, is their graduates, and I have come to appreciate this more over the years. It’s not that the Seminary is unique in its mission of educating students—other schools are doing this—but at St. Vladimir’s they do it so well.”

Asimoula reflects on the qualities of a good priest. “What makes for a great priest? He’s humble, gentle, sensitive, kind, loving, and pastoral—and he doesn’t confine himself to just visiting the Orthodox person in the hospital. I have been a part of communities who have been traumatized by priests and have seen firsthand the difference made by a good pastor. My current priest, just by his loving presence in our midst, has steadied the parish. As a result, all of a sudden non-Orthodox spouses are converting, we are growing, and we are in the process of building a new church center.

“Saint Vladimir’s turns out great graduates,” concludes Asimoula, reflecting on her many years of support for the Seminary. “They are well-trained and well-grounded, yes, but the Seminary knows that priests don’t always have to be scholars. The priest just needs to have his sense of calling nurtured, and then lead by example. More than anything, people need his loving presence. This kind of priest is one of the best gifts St. Vladimir’s gives to parishes.”