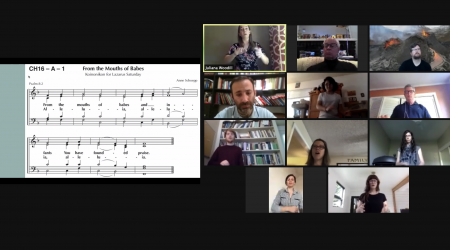 Around 120 participants and fourteen instructors and speakers came together this June for “Unity in the Church through Song,” St. Vladimir’s Seminary’s Summer Music Institute. The online event, hosted by the Seminary’s Institute of Sacred Arts (ISA), was held June 2 through June 5, 2021.

The Summer Music Institute—building on the legacy of the Seminary’s Summer Liturgical Institutes of years past—was designed for experienced musicians and beginners alike. It featured master classes and “boot camp” sessions for conducting, composing, and singing; panel discussions; presentations; and keynote lectures. Following the theme of “Unity in the Church through Song,” the conference highlighted Slavic, Byzantine, Coptic, and Georgian liturgical musical traditions. 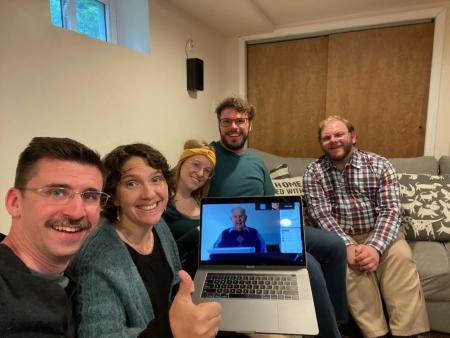 “It was very inspiring,” said participant Anya Sievers. “I think I enjoyed feeling as a part of the community of other Orthodox Christians around America the most. I enjoyed learning how other Orthodox Christian choirs function and learning about the pitches at the boot camp. I realized how much more I need to learn! I appreciate the resources for further learning that were shared by some presenters.”

“I was honored to be able to work with this faculty. Each instructor brought an incredible enthusiasm for Orthodox liturgical music, and that enthusiasm was present in every session,” said Dr. Harrison Russin, St. Vladimir’s assistant professor of liturgical music and one of the Music Institute organizers. “One participant told me it was a ‘fantastic Zoom conference,’ and I think that was because of the high level of professionalism and fun that our faculty brought.”

Keynote lectures—which will be made available to the public at a later date—were delivered by David Drillock, Bishop Daniel Findikyan, Tim Patitsas, and Mother Christophora.

"Hearing each of the four keynote addresses, and watching listeners’ reactions, we were nothing less than overwhelmed with their theological depth and their practical wisdom,” said ISA Director Dr. Peter Bouteneff.

“It was also gratifying to have among faculty and organizers representatives from four major Orthodox seminaries: St. Vladimir’s, St. Tikhon’s, St. Nersess, and Holy Cross.” 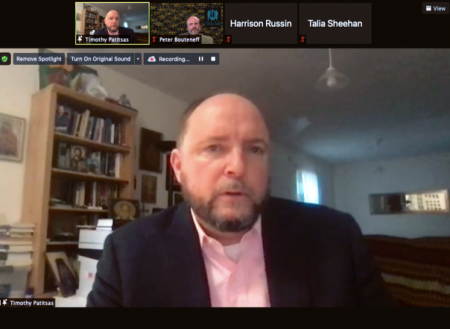 Among them, Talia Maria Sheehan, who lives and works with husband Benedict Sheehan at St. Tikhon’s Orthodox Theological Seminary in South Canaan, PA, played an enormous role in organizing the Summer Music Institute.

“It was incredibly inspiring to watch so diverse a group of faculty and speakers, each of whom had such unique and profound expertise, come together and find so much in common,” she said. “And that coming together was a mirror of the coming together of our diverse participants, as well! We were so grateful to be given that time to be with others who love the beauty of God’s House.”

Details regarding the next Summer Music Institute will be announced early next year. 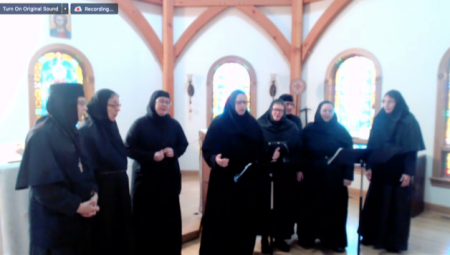 About the Institute of Sacred Arts
The Institute of Sacred Arts (ISA) at St. Vladimir’s Orthodox Theological Seminary explores the intersection of human creativity and holiness. With a theology that is holistic, and a liturgy that unites multiple artistic disciplines and all the human senses, the Orthodox Christian tradition is ripe for the exploration and celebration of the sacred arts. Since its founding in 1938, St. Vladimir’s Seminary has fostered the study of icons, music and liturgy. The ISA serves to extend the seminary’s mission in exploring the mutual relationship between theology and the arts by: contributing to the work of people and institutions that practice and reflect on the sacred arts; engaging people and institutions of all backgrounds with Orthodox artistic tradition; inspiring wider public interest in spirituality and the arts. Learn more at www.instituteofsacredarts.com.