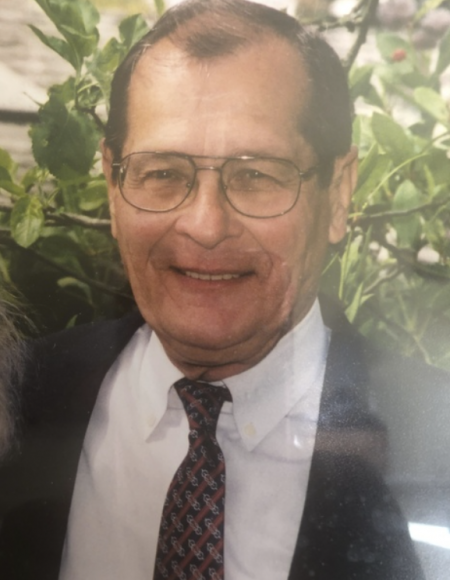 With faith in Christ and hope in the resurrection, we share news of the repose of Alexander Popoff, Jr., trustee emeritus of St. Vladimir's Orthodox Theological Seminary. Popoff, who had been living in the Seattle area, fell asleep in the Lord October 30, 2021 at the age of 88.

Popoff served as the committed chairman of the Seminary Building and Grounds Committee during the planning and construction of the most significant capital campaign in St. Vladimir's history. He is remembered as a consummate gentleman with a wonderful, warm demeanor. His professional background and wise counsel were invaluable to the success of the expansion of the campus facilities.

Alexander Popoff, Jr. was born in Lyon, France on January 18, 1933 to Russian parents. His father was a priest in the Orthodox Church. He attended primary grades in France during WWII; after WWII, Popoff and his family lived in Germany from 1945 to 1949 while his father was ministering to Russian and other Orthodox refugees there.

The Popoff family arrived in the United States in 1949. After a brief stay in New York, Alexander went to Kodiak, AK, where his father was assigned a parish. Alexander later attended the University of Washington in Seattle, where he majored in civil engineering and joined the U.S. Navy the same day he was granted U.S. citizenship.

Alex's career after the Navy started at Puget Power, but by 1962 he joined a startup, ABAM Engineers, to focus on structural engineering with concrete, designing many unique concrete structures such as the monorail at Disneyworld, Space Mountain at Disneyland, and many other large-scale projects around the world. He remained at ABAM until his final retirement in 2012, serving as CEO and chairman of the board.

The funeral service for Popoff will be held at St. Spiridon Orthodox Cathedral in Seattle at 11 a.m. on Wednesday, November 3. Burial service will begin at 1 p.m. at Washelli Cemetery with a reception to follow.

In lieu of flowers, donations may be made to St. Spiridon or a charity of your choice.

May the memory of Alexander Popoff, Jr. be eternal!

The photo and some information for this article were obtained from Mineral Wells Index.