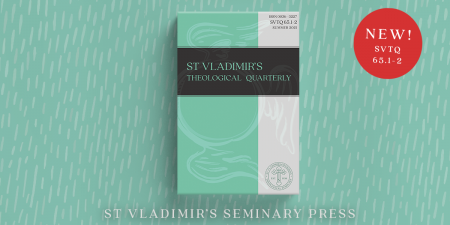 Volume 65, Nos. 1-2 opens with three incisive articles that deal with contemporary theological questions. Mario Baghos articulates an Orthodox theological perspective on the historical-critical “quest for the historical Jesus.” Eugenia Torrance takes on the presupposition that the Christian dogma of a bodily resurrection is untenable on scientific and theological grounds, and the ensuing weakening or even denial of the continuity between our earthly bodies and our eschatological constitution in some strands of Christian theology (e.g., Rahner and Bulgakov). Finally, Fr. Christopher Knight provides a critical discussion of whether and to what extent natural theology conducted within the frame of the analytic philosophy of religion may be appropriated by Orthodox theological tradition. 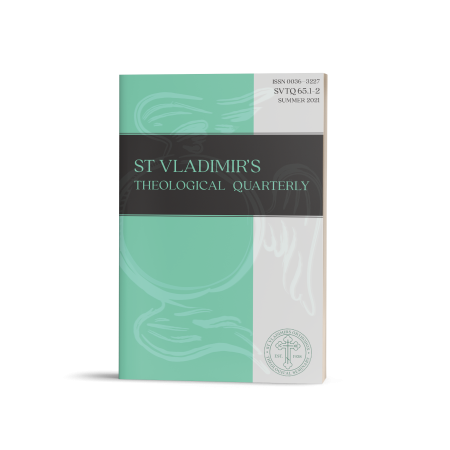 There follows Bogdan-Gabriel Drăghici’s very large and substantial study of the medieval polemics, on matters of both orthodoxy and, especially, orthopraxy, between Chalcedonian Byzantine and non-Chalcedonian Syriac writers. We then return to the present with a very timely article by Dn. Nicholas Denysenko, which, on Fr. Alexander Schmemann’s centennial, provides a review and assessment of his legacy of liturgical renewal in North America, and suggests an agenda for continuing this enterprise. The double issue concludes with the text of two, as yet unpublished, talks given by Fr. Georges Florovsky in 1968 (“Russian Philosophy at the Turn of the Century” and “The Renewal of Russian Theology—Florensky, Bulgakov, and the Others: On the Way to a Christian Philosophy”). For his work of editing and introducing these texts, the SVTQ editorial team hereby expresses special gratitude to Paul Ladouceur.

The next double issue of the Quarterly, Nos. 3-4, is scheduled for release in December of 2021.

The Quarterly is published biannually as two double volumes.

To learn more about subscription rates for US and international agencies and institutions (digital or print), to subscribe, or to purchase individual copies of current and past issues of the St Vladimir’s Theological Quarterly, visit SVSPress.com/SVTQ or email svtq@svots.edu.