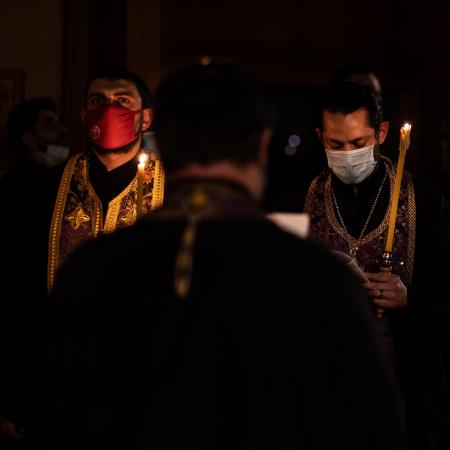 On Clean Monday and Tuesday of 2021, Saint Vladimir's Seminary entered into its annual, two-day Lenten Retreat.

As part of the retreat, four talks delivered over the two days followed the theme of "Ora et Labora: The Foundations of Spirituality According to the Rule of St. Benedict of Nursia." The meditations were given by Seminary President Fr. Chad Hatfield, Assistant Professor of Liturgical Theology Dr. Vitaly Permiakov, Director of Music Dr. Harrison Russin, and Spiritual Formation Director and Ecclesiarch Fr. Nicholas Roth.

Listen below, or watch recordings of each meditation on YouTube.

Following Seminary custom, classes were cancelled each day of the retreat and seminarians were encouraged to practice silence. The St. Vladimir’s community entered Three Hierarchs Chapel together several times for a fuller cycle of prayers in addition to the meditations. 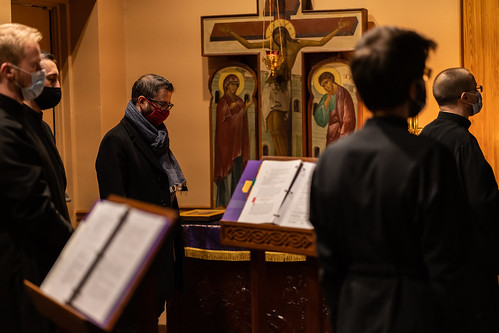