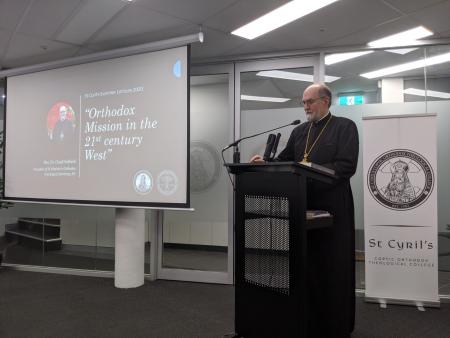 Father Chad traveled to Australia in February for two weeks primarily to teach at St. Cyril’s Coptic Orthodox Theological Seminary in Sydney. He was invited by St. Cyril’s dean, Rev. Dr. Daniel Fanous, the author of the recently published SVS Press title A Silent Patriarch. Over the two weeks, Fr. Chad taught intensive seminars on missiology to thirty students from around the world including New Zealand and Zaire. He also spoke to a young adult group at St. Mark Coptic Orthodox Church, Sydney, and visited two other Coptic Churches in the area.

Another seminary based in Sydney, St. Andrew’s Greek Orthodox Theological College, also welcomed Fr. Chad during his February trip. While there, Fr. Chad met with the dean, His Eminence Archbishop Makarios of Australia, and seminary faculty.

“What struck me the most about my time in Australia was the hunger for Orthodox teaching and resources and the love so many people have for the Seminary and SVS Press,” said Fr. Chad. “Orthodox bookstores there are filled with SVS Press books. I heard stories from people who were impacted by the visits of Seminary teachers dating all the way back to Fr. Thomas Hopko in the 1990s! It was also good to build on the good relationships forged there by Fr. John Behr in recent years.”

“Australia is hungry for Orthodoxy, and I think St. Vladimir’s can play an even stronger role in helping fill that need.”

In the short term, St. Vladimir’s is already working on making access to SVS Press books easier and more affordable in both Australia and New Zealand. 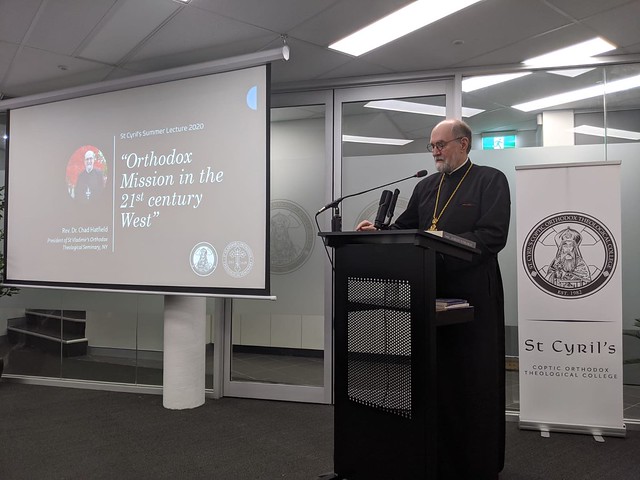