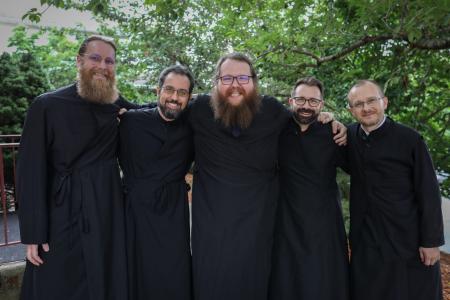 Seminarian Paul Patane, a second-year student in the Master of Divinity program from the Orthodox Church in America, said his second year already feels different than his first at the Seminary—which can come with unique challenges as first-year seminarians adjust to leaving old lives and careers behind and transition to lives as seminarians.

“This morning I was singing in the choir, matins was very enjoyable and reflective, and classes were really good. I feel like I’m starting to get my feet under me, and that’s a good feeling. I’m really happy to be back.”

Anastasia Colchester joined St. Vladimir’s from the UK, and attended orientation sessions with her fellow first-year seminarians in the days leading up to the start of the fall semester. 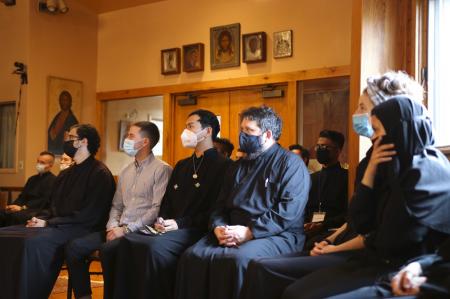 “I was keen to come to St. Vladimir’s as a result of its emphasis on both academic and spiritual excellence. I had heard good things about several different seminaries, but St. Vladimir’s was said to stand out for the rigor of its scholarship,” she said. “I am very grateful to have been accepted and am happy to see that the Seminary’s reputation as a place of deep learning—both in the classroom and in the chapel—is well deserved.”

The UK is one of eight countries represented among the twenty men and four women of the incoming class, also including the United States, Albania, Australia, the Republic of Georgia, India, Poland, and Romania. The new seminarians come from eleven different Eastern and Oriental Orthodox jurisdictions: 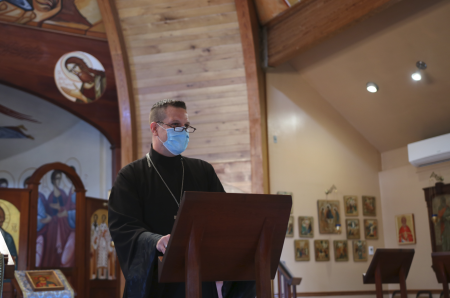 Counting the incoming class, the Seminary’s total student body is 78 (including continuing and non-degree seminarians).

May the intercessions of the Theotokos and Ever-Virgin Mary, our patron Great and Holy Prince Vladimir, and all the saints be with our seminarians as they begin their new academic year in service to Christ!