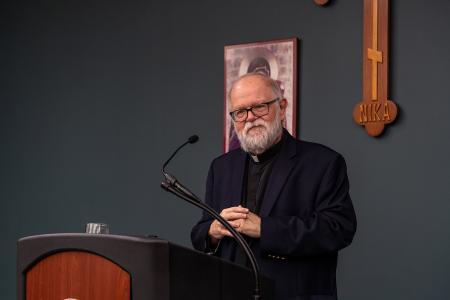 Saint Vladimir’s Orthodox Theological Seminary (SVOTS) hosted its 1st Annual Academic Symposium on October 27-29, 2022. The Symposium topic, Liturgy and Theology, drew leading scholars in liturgical theology from around the globe, each of whom gave talks presenting their own research in the field. The opening event of the Symposium was a public keynote address held in the Metropolitan Philip Auditorium, by the Rev. Canon Maxwell E. Johnson, PhD, a leading voice in the academic field of liturgical theology. The talk was well attended both in person, by Seminary Faculty, staff, and the student body at SVOTS, as well as online, with over 150 participants streaming the presentation via Zoom. 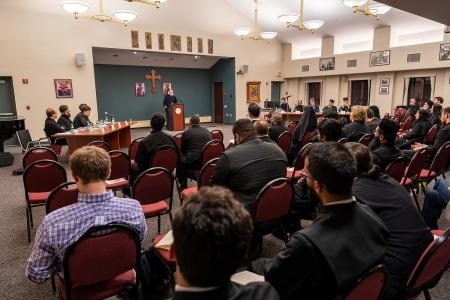 Professor Johnson entitled his talk Lex orandi est lex credendi: Alexander Schmemann’s Liturgical Theology in Ecumenical Context. He opened his talk by speaking to the unique contributions Fr Alexander Schmemann made to the field, “especially his use of the formula ‘lex orandi est lex credendi’  and his articulation of the Ordo as the basic underlying structure and theology of liturgy, in relationship to the classic articulation of ‘ut legem credendi lex statuat supplicandi’ of Prosper of Aquitane.” 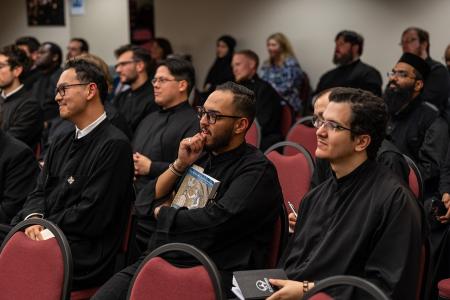 The Latin phrase in the title of Dr Johnson’s address is most commonly cited as Lex orandi, lex credendi - i.e. “the law of prayer, the law of belief,” implying that the set ways in which Christians pray and worship are related to their beliefs and dogma. However, Dr Johnson proposed, Fr Schmemann’s approach to liturgical theology necessitates the emphatic addition of the est.  Not only is Christian liturgical prayer and worship related to Christian beliefs and dogmas, but Christian worship actually is Christian belief - the beliefs of the Church are embodied by the liturgical worship of the Church - the two are inseparable, according to Fr Schememann’s view.

The remainder of the 1st Annual Academic Symposium at SVOTS was held in-house, in order to facilitate the high volume of scheduled presentations followed by in-depth dialogue between the invited scholars, SVOTS Faculty, and seminarians. The following speakers gave presentations during the in-house portion of the symposium:

The Symposium concluded on Saturday, October 29, with a roundtable discussion, moderated by the Very Rev. Archimandrite Maximos (Constas), Professor of Patristics and Orthodox Spirituality at the Holy Cross Greek Orthodox School of Theology.

Portions of the Symposium were recorded and will be published on the SVOTS Youtube channel.