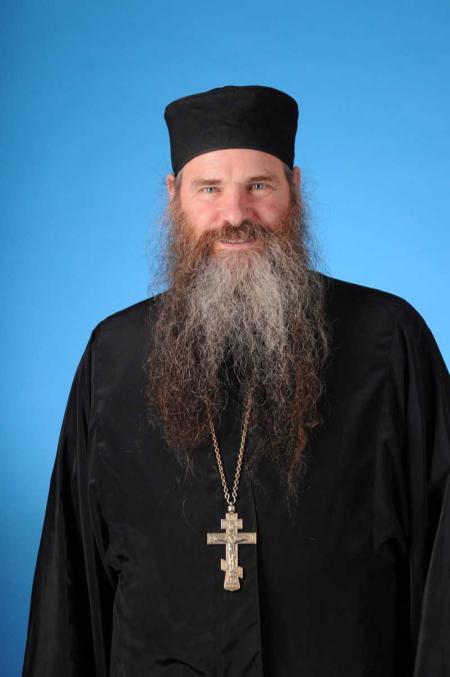 Saint Vladimir’s Seminary Alumnus Archimandrite Gerasim (Eliel) is being raised to the episcopacy. On Tuesday, May 18, 2021, during their regular Spring Session under the presidency of His Beatitude Metropolitan Tikhon, the Holy Synod of Bishops of the Orthodox Church in America (OCA) canonically elected Fr. Gerasim bishop of Fort Worth and auxiliary to His Eminence Archbishop Alexander and the Diocese of the South.

Archimandrite Gerasim has been serving as rector of St. Seraphim of Sarov Cathedral in Dallas, TX, administrator of the Diocese of the South Diocesan Council, and dean of the Diocese’s Southcentral Deanery.

Father Gerasim graduated from St. Vladimir’s Seminary with a Master of Divinity degree in 2012. He was the class valedictorian and also received commendations for contribution to community life and for his thesis, Russian Icons in a Native Church: Conflict in Culture in Western Alaska.

Details regarding Fr. Gerasim’s consecration as bishop will be announced at a later date.