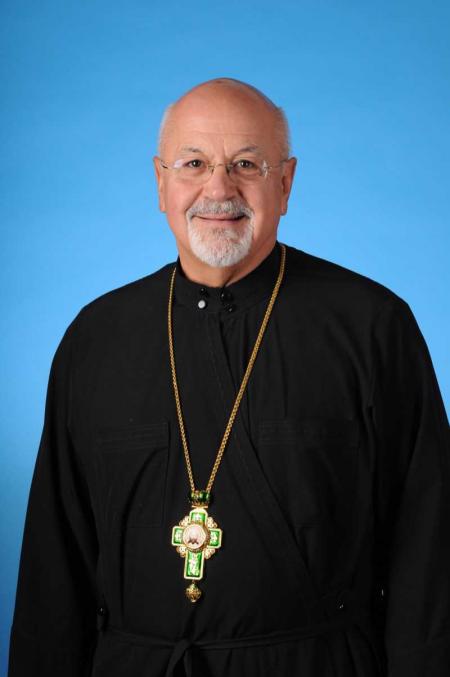 At its Board of Directors meeting held on July 19, 2021, the Orthodox Church Capital Improvement Fund (OCCIF) Board of Directors unanimously elected Archpriest John Dresko to serve as the second president of OCCIF, effective August 1, 2021.

Father John, an alumnus of St. Vladimir’s Seminary, has served on the OCCIF Board since 2016, and as interim treasurer for three years. The founding OCCIF president, John Della Monica, has stepped down due to increased demands on his professional life. During Della Monica’s tenure, OCCIF developed into a professional financial organization devoted to helping the growth of the Orthodox Church through capital improvement loans. He has agreed to remain on the Board of Directors to guide and mentor the new president.

“Every board member, as well as the many Orthodox parishes and institutions already helped by OCCIF, offer our profound thanks to John,” said incoming OCCIF president Fr. John Dresko. “We wish John and his family nothing but the best and continued good health.”

In addition to his years of work with OCCIF, Fr. John brings a thorough knowledge of Orthodox Church finances and administration. Father John is currently rector of St. Paul the Apostle Orthodox Church (OCA) in Las Vegas, NV. Ordained to the Holy Priesthood in 1979, he has had a long vocation in parishes and at the administrative levels of the Church. In addition to parish work and administrative positions, he has served on the Diocesan Councils of the Diocese of the Midwest, the Diocese of New England, and, currently, the Diocese of the West, where he serves on the Finance Committee. He has also served on the Metropolitan Council of the OCA for sixteen years over the past thirty.

“Over the years Fr. John has been an invaluable resource on OCCIF’s Board of Directors,” said Della Monica. “Now as president, Fr. John will help OCCIF continue to grow as the leading provider of capital improvement loans for the Orthodox Church.”

About Archpriest John Dresko
The Very Rev. John Dresko possesses a B.A. in history from Iona College, New Rochelle, NY and an M.Div. from St. Vladimir's Orthodox Theological Seminary (Class of ’80). In addition, he is a graduate of the Meyer Institute of Christian Stewardship and The Center for Philanthropy of Indiana University, both in Indianapolis, IN. While in the Air Force, he also graduated from Academic Instructors School at Air University, Maxwell AFB, AL with post-graduate credits in education.

In addition to St. Paul’s, Fr. John has served in Rochester Hills, MI; Mentor, OH; and New Britain, CT; and as director of Stewardship, then director of Development, for the Orthodox Church in America. He also served on active duty as an Air Force chaplain at Lackland AFB, TX. A past president of the Alumni Association of St. Vladimir’s Seminary, he served on the Board of Trustees of the Seminary and as chairman of the Dean’s Search Committee in 2006.

Father John has lectured on Christian Stewardship and giving at various locations throughout North America and authored numerous articles and reflections in numerous publications. He is married to his wife Elizabeth since 1977, and they have four children and seven grandchildren.

This article was adapted and reprinted from OCA.org.