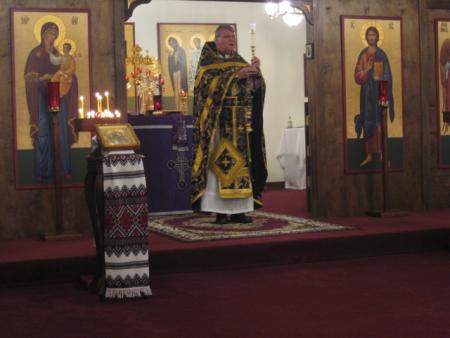 With faith in Christ and hope in the resurrection, we share news of the repose of Archpriest Peter Tutko, an alumnus of both St. Vladimir's and St. Tikhon's seminaries. Father Peter, 80, fell asleep in the Lord on November 5, 2021 at his home in Tarpon Springs, FL.

The Very Rev. Peter Tutko was born on March 18, 1941, to Peter and Anastasia (Talalay) in Brooklyn, NY, and from his youth was raised in service to the Orthodox Church starting at the Church of the Holy Trinity in Brooklyn. He served in the altar, sang in the choir, taught in the church school and directed the choir.

Father Peter went on to serve in a number of parishes of the Orthodox Church in America (OCA) and founded several of them in the dioceses of both New England and of the South.

Father Peter’s health began to decline shortly after the repose of his wife of fifty-three years, Matushka Sonja, in March of this year. Despite his failing health, Fr. Peter maintained his missionary spirit, offering his encouragement and inspiration to the newest mission of the Diocese of the South, Ss. Joachim & Anna in The Villages, FL. He was present for the first Divine Liturgy in June and sang with the choir as he was able up until his repose.

Father Peter will be remembered for his humor, his love of church music, his family, love of Christ, and service to His Holy Church. He and Matushka Sonja are survived by their son, Mark, and grandchild, Jayson.

May the memory of Archpriest Peter be eternal!

Some sections of this article are reprinted from OCA.org.