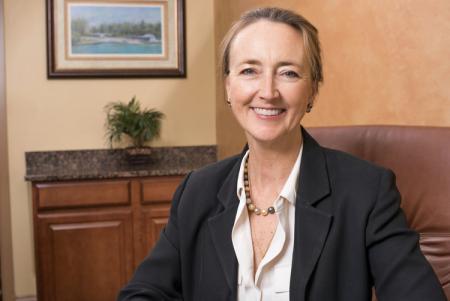 Anne van den Berg is an attorney at the law firm of Marchena and Graham, P.A. in Orlando, FL. Born in Paris, France, Anne and her husband Egerton, a board-certified cardiologist with Orlando Health Heart & Vascular Institute, have lived in Central Florida since 1989. Their growing family includes six children and three young grandchildren, and they are active in their OCA parish, St. Stephen the Protomartyr in Orlando/Longwood.

For nearly twenty-five years, Anne served as a St. Vladimir’s Seminary trustee, chairing the Advancement and Trusteeship Committees and contributing her expertise within the Legal Affairs Committee. When she retired from the Board in 2015, Seminary President Fr. Chad Hatfield commended her “for bringing her professional and legal perspective to our SVOTS Board.”

One of Anne’s law practice concentrations is in the area of wills and trusts, and in our Zoom conversation we spoke about how she has established a planned gift to St. Vladimir’s Seminary through the Father Alexander Schmemann Legacy Society.

Q: How did you first learn of, and get involved with, St. Vladimir’s?

A: We were living in Dallas and someone from the Seminary came to Dallas and did a presentation. At that time, we joined an entry-level donor program to support the Seminary and that was our initiation into the extended community of SVOTS. Later when we moved to Orlando, Florida, we were visited by the Seminary again. [SVS] Press was raising money for projects and we were interested in helping to support the publication of books, specifically in the publishing of books by the late Archbishop Dmitri [of Dallas and the Diocese of the South], whom we were very close to.

Then later we were told that the Seminary was expanding the Board and they were looking for qualified women; I was thrilled to participate. Since I tend to remember things by “which child was born when” [laughs], I believe I joined the Board when my second child was born, and my first board meeting was in 1990. Father John Meyendorff was the dean then but he was in his last year—he died that summer.

The first time I visited campus, I was so amazed to see what a small place it was for the impact it has. To serve as a trustee was such a privilege: to be able to participate in some way in strengthening and supporting the Seminary in its work not only in this country but throughout the world meant so much to me.

Q: As an attorney and someone who has established a planned gift for SVOTS, why do you think people are hesitant to plan their estate, and what advice would you give?

A: Probably half of my practice right now deals with wills and estates; I spend a lot of time preparing trusts and wills and showing people how they can minimize estate taxes. Most people I’m working with are in their 60s. Even though we should start earlier, sometimes people wait until they are closer to retiring before they ask, “now what do I do with what I’ve done with my life?”

People tend to think, “I don’t have to worry about that right now.” In truth, it’s never much fun to think about who gets our stuff and what we’re going to doing with our assets as we get older and eventually pass away. 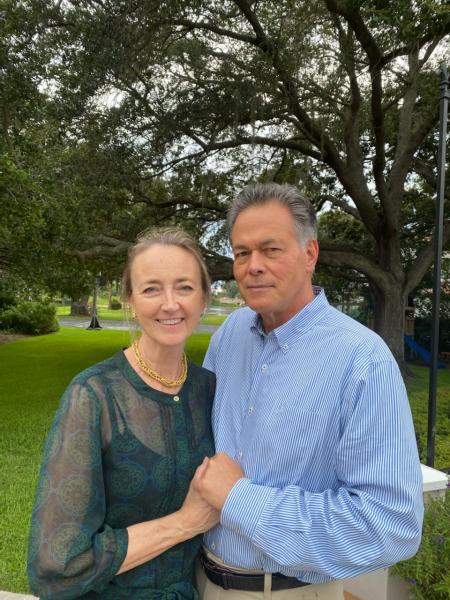 In my years as a trustee, I learned that not only should we support the Seminary through an annual gift, but that there were great opportunities to benefit the Seminary by creating a planned gift as part of our estate planning. It turned out that someone in our parish worked in insurance, and he and I sat down and I figured out what kind of a plan I could take out that would benefit the Seminary. I established that account, while also doing one for our local church. So I’ve taken out two policies that we make quarterly payments on.

I took out these policies while I was in my 30s, and now I’m 60, so over time the policy is becoming more valuable to the Seminary. Planned gifts offer people even of modest means an affordable way to leave “the gift that keeps on giving” after we repose in the Lord.

Q: In a way, when you established your planned gift, it signified your vote of confidence in the future of St. Vladimir’s Seminary.

A: Yes! People are sometimes concerned when they set up a planned gift—they wonder if they can be certain that their money will be well used. That’s not something we’ve ever worried about with St. Vladimir’s. And I know the impact that these gifts have when they are given through someone’s estate posthumously. It seems like every board meeting I attended, we’d be celebrating a new planned gift—“look at this unexpected gift we received—we didn’t know it was coming!” Planned gifts have been foundational to the Seminary.

And as an attorney also I’d remind your readers to update their wills! Things change and estate plans need to be updated on a regular basis.

Q: You had a long run as a trustee—twenty-four years. Thank you for your service! What were the things you learned about SVOTS that gave you a heart for this ministry during your time on the Board?

A: At St. Vladimir’s, there is an enduring commitment to a pan-Orthodox vision. The Seminary has never been tribal. Leadership felt and still feels strongly about supporting other Orthodox institutions. After the fall of communism in Russia there was a lot of need there, and I saw that St. Vladimir’s was doing a lot to revive those seminaries. I appreciated being exposed to that level of pan-Orthodoxy.

The commitment to the formation of the seminarians, intellectual and spiritual, is also so important at St. Vladimir’s. When you are outside of the Seminary world you might be tempted to think, “Other seminaries produce pastors while St. Vladimir’s produces the academic leadership,” but while being in the mix for a long span of time at St. Vladimir’s, I learned that isn’t the case at all. St. Vladimir’s is deeply intentional about the formation of well-rounded priests and lay leaders who are servants of Christ.

These two elements, a pan-Orthodox vision and the formation of well-trained clergy and leaders, were key commitments on the part of the Seminary leadership the entire time I served as a trustee.