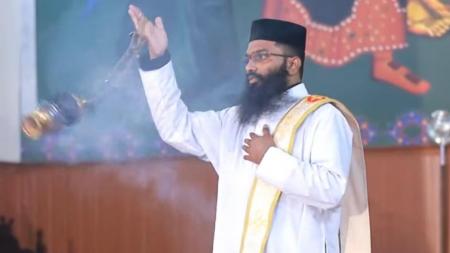 The Rev. Dn. Dr. Geevarghese Abraham is entering his second year of studies at St. Vladimir's. He is currently on sabbatical from St. Stephen's College, University of Delhi, where he serves as assistant professor of English. Dn. Geevarghese earned both his Ph.D. in English studies and M.A. in English literature from the University of Delhi; he also holds a B.A. in English language and literature from Catholicate College, Mahatma Gandhi University, Kottayam, Kerala, India.

May God grant the newly ordained Dn. Geevarghese many years!