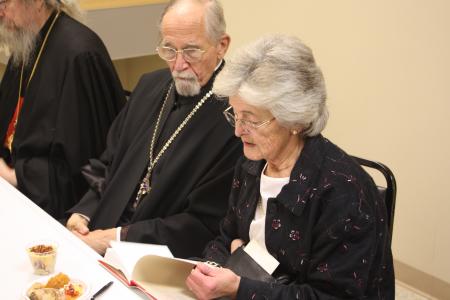 Matushka Anne “Anya” Hopko, née Schmemann, for the last two decades of Ellwood City, PA, and previously, for many years, of Crestwood, NY, fell asleep in the Lord on Thursday afternoon, August 4, 2022, in Quebec, Canada, where she was vacationing with family. She was 78.

At the time of her repose in the Lord, Matushka Anne was in palliative care in a hospital in L’Annonciation (Rivière-Rouge), Quebec. She had suffered, without warning, a sudden, massive stroke on Wednesday, August 3, while enjoying a late morning cup of tea with family members, together on summer holiday in Lac Labelle, Canada.

May Matushka Anne’s memory be eternal!

*This article has been adapted from OCA.org.