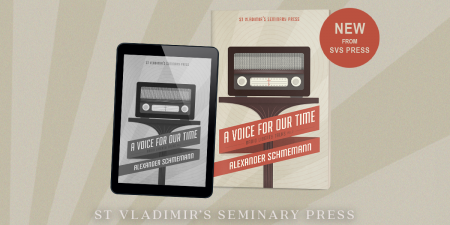 Saint Vladimir’s Seminary (SVS) Press has published A Voice for Our Time: Radio Liberty Talks, Vol. 2, featuring an English translation of Fr. Alexander Schmemann’s broadcasts into the Soviet Union that began in 1953.

The new release, in hardcover and ebook format, completes the set of Radio Liberty Talks. The first volume was published in February, 2021. 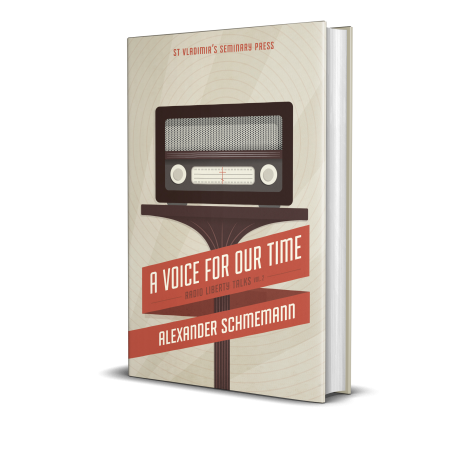 In his broadcasts on Radio Liberty, Fr. Alexander Schmemann (1921-1983) spoke to men and women behind the iron curtain who had endured the deprivation, persecution, and state-enforced propaganda of the Stalin years. But his words do not belong to that era alone. They are addressed just as urgently to our own time. He exposes the roots of the lies and misperceptions that abound in our age, and brings all to a proper perspective in light of the gospel of Jesus Christ.

Father Alexander's son, Serge Schmemann, wrote in the forward of the first volume of A Voice for Our Time that his father's broadcasts "were never propaganda; they could not be. They were literally 'besedy,' conversations in which he spoke as a Russian to Russians, sharing truths and knowledge that he knew, instinctively, they hungered for.”